Humans are Living Longer, But Can China Afford It | Mercer

Humans are Living Longer, But Can China Afford It

Thanks to the miracles of science and better nutrition, we’re getting older and we’re living longer. Only a few generations ago, the average global life expectancy was 34 years. Today, it is 71 – with roughly half of those born in the Western world expected to live past 100(1). But is this blessing a curse in disguise? While we all might prefer for ourselves and our loved ones to live longer, demographic shifts and new economic realities will place seismic pressures on future generations of our world’s retirees. Simply put, we are at the dawn of an enormous-global pension savings gap. Addressing this gap will require drastic changes to the way we live, spend and invest.

Faced with the reality of our times, Mercer collaborated with the World Economic Forum to pinpoint possible solutions for this unprecedented global retirement challenge. In a study of eight nations – including China, Japan and India – we discovered an immense gap between aggregate savings and expected annual retirement income totaling 465 trillion renminbi (RMB) – one and a half times the combined gross domestic product (GDP) of all eight countries(1). China had the biggest gap as a multiple of GDP.

China’s long term savings gap is projected to grow at seven percent per year, reaching US$119 trillion by 2050(1). Here’s why. Thanks to a growing middle class, urbanization, falling poverty rates, and improved healthcare, China’s average life expectancy has more than doubled within one generation to 76(2) – five years longer than the global average. By 2050, there will be over 600 million retirees in China. Low birth rates, stemming from China’s one-child policy, and a lack of immigration, are adding to the country’s rapidly aging population and plummeting ratio of workers to retirees.

Can China close this looming pension gap? The answer is yes. China’s almost unprecedented wealth creation over the past decade, combined with a personal savings rate of 38 percent(3) (significantly higher than for the US or UK, at 3.5 percent and 5.9 percent respectively), gives China the means – and more importantly the right savings behaviours and culture – to avoid this retirement debacle. At the moment though, most household savings in China are not in preparation for future retirement but more likely to accumulate assets like homes and cars, or for child education, or ironically to support aged parents who did not save enough for retirement or the increased healthcare costs from living longer!

There are significant barriers that must be addressed to change the settings in China. To start, large portions of the population still mistrust financial products and remain largely “unbanked;” approximately 50 percent of Chinese household savings (excluding property) is held in savings deposits with negligible financial returns(3). Also, government regulations limit access to fruitful overseas investment options that would help Chinese savers diversify their investment risk(1) (e.g. China has a yearly USD $50,000-cap on exchanging yuan for foreign currency)(4).

Where are we now?

China’s current retirement income system comprises an urban and a rural social security system, which rely on pay-as-you-go basic pensions consisting of a pooled account (from employer contributions or fiscal expenditure) and funded individual accounts (from employee contributions). Supplementary plans are also provided by some employers, mainly in urban areas, with rural areas largely ignored. Recent findings from the 2017 Melbourne Mercer Global Pension Index make it resoundingly clear that the existing patchwork of China’s long-term savings system is ill-equipped to support its current and future generations into old age(5).

Despite the gravity of the retirement challenge, the government has not yet stepped up its provisions. Pension benefits remain extremely low relative to income. Beijing’s average monthly pension of RMB 3,573, for example, is an inadequate safety net for the growing middle class, representing a replacement ratio of approximately 55 percent of average pre-retirement earnings(9). In all, China’s total accumulated pension savings balance only represents 13 percent of GDP – exceptionally low by comparison to 140 percent in the US, 209 percent in Denmark, 96 percent in the UK, 30 percent in Japan, and 113 percent in Australia(1)

What can be done?

Studies show greater financial knowledge by itself rarely translates into action. What does spur action is giving individuals access to smart tools, default options, tax incentives to save, and guidance that can help them succeed(1). Individuals, employers, government, and financial intermediaries across China all have important roles to play in securing the financial future of the Chinese nation.

Changing China’s retirement outlook starts with individuals themselves. For those born in China today, a traditional working life of 40-45 years will not support 52+ years of adulthood. Individuals must take responsibility for their own retirement savings, which in many cases means embracing the reality of having to work longer to achieve their financial goals(1). The onus is also on individuals to seek out expert assistance from their employers and financial intermediaries to plan and manage their savings and investments along the way. Individuals who seek out financial intermediaries to help them ‘get rich quick’ must modify their expectations, and instead seek advisors who will help them ‘become financially secure slowly, but surely.’ A ‘casino mentality’ to savings and investment decisions will not produce financial security for the Chinese nation.

Employers must play a role, intermediating on behalf of employees

For most of the world’s working population, with every paycheck comes a swarm of competing priorities. The world’s most effective pension systems make it easier for people to prioritize immediate versus long-term financial obligations, by making saving contributions compulsory or at least incented, on the part of individuals, but also on the part of employers – on behalf of their employees. Given China’s pension system is not compulsory, there are three key things Chinese employers can do to ensure their employees are exposed to the growth assets needed to build a sufficient level of savings to fund their retirements: increase workers’ pension coverage in urban areas and beyond, contribute consistently to employees’ pension plans, and offer more growth oriented investment options(5).

By doing so, Chinese employers have much to gain. First, helping their employees attain financial wellness is simply the right thing to do. Beyond that, research shows employees who are not financially healthy have higher levels of stress and distraction, leading to lower productivity, poorer customer service and impaired health. On average, employees spend 13 hours per month worrying about money matters at work(6) – a significant drag on productivity.

The government must act

At the heart of China’s retirement gap stands the government and the opportunity to modernize outdated practices. The reality is, the state pension age must be increased over time, to reduce the ratio of time in retirement to working life. Also, to help individuals mitigate their risk of outliving their savings, the government should introduce a requirement that at least a minimum safety net proportion of supplementary retirement benefits be taken as lifetime annuity income streams. Additionally, the government should permit overseas investment, providing access to growth oriented investment options. Diversification will permit Chinese citizens to pursue high investment returns at lower risk, rather than forcing investments to be limited to Chinese domestic securities. Access to high-quality investment options will play a critical role in helping Chinese citizens achieve financial security. At the very least, the government should also mandate that the level of communication required from pension plans to members be improved to help participant understanding of plan options and opportunities(5).

In combination, these actions would narrow the gap directly, while helping individuals and employers play their own respective roles on a more favorable playing field.

China’s rapid economic growth is lifting most of the population out of poverty, especially in urban areas. The purchasing power of China’s middle class is sky rocketing. By 2022, more than 75 percent of China’s urban consumers will earn RMB 60,000 to 229,000 a year. This is equivalent to the average income of Brazil and Italy(7). How the newly wealthy Chinese population spends its money or saves its money will be dramatically influenced by the low financial literacy plaguing the country. Without financial direction, short-term expenditures are being prioritized over long-term savings, and ‘get rich quick’ or ‘casino’ mentalities are prevalent across Chinese individual investors.

Why is it important?

The ability of Chinese citizens to consume and spend during their working years and throughout their retirement will have a direct impact on China’s growing economy. If China does not address its long-term savings gap, it risks aggravating a growing wealth divide and sparking unrest that could damage its social fabric. As the ancient Chinese philosopher and writer, Lao Tze, famously said, “The journey of a thousand miles begins with one step.” Mending China’s pension gap requires immediate and bold action, from a number of key stakeholders. It’s time to take the first of many steps.

This article was originally published in Financial Times China. 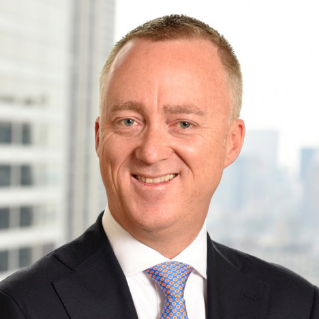 It's Time to Mend the Financial Security Gap